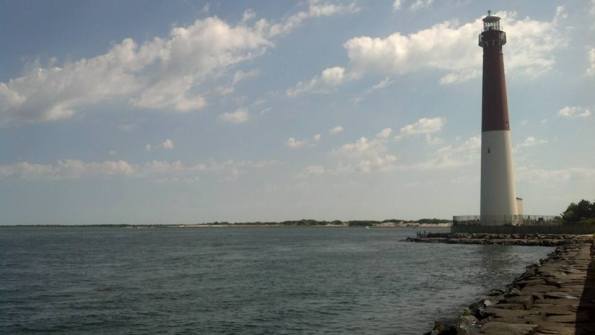 My husband Steve and I have been going to Long Beach Island, New Jersey with our friends Joey and Betsy every summer for the past twenty-five years. Because we go to the same place every year, we know it well.  Long Beach Island is an 18 mile long barrier island that is filled with little towns; there are no sky-scraper hotels or boardwalks. It is a family friendly island filled with beach houses, parks, marinas and shops.

Over the many years we have vacationed there, we have watched each others children grow into adulthood.  Joey and Betsy’s two girls are now young adult twenty-somethings and our own two children are married with children of their own.  Steve and I now find ourselves in the most fortunate position of being able to share one of our favorite vacation spots with our grandchildren.

Our granddaughter Adilyn has been going with us since she was four.  She loves the beach and when she was five, she said, “Nanny, I waited all year for this!  I love the ocean! Will you bring me with you each time you come here?”

“Adi, any time I come here, you have a seat in the car and a place to sleep.  I promise.”  And so it has been. 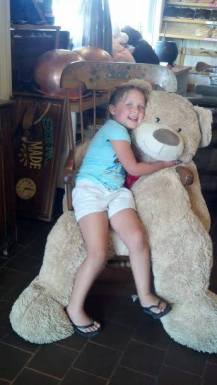 Adilyn at Country Kettle Fudge in 2015

Every year we visit the same places on the island,  Barnegat Lighthouse, Viking Village and Bay Village among them, but our visit would not be complete without a visit to Country Kettle Fudge, home of the best fudge I’ve ever eaten.  Country Kettle Fudge is unique in that all of the fudge is hand-whipped in large copper kettles.  When you visit the shop you can watch them turn the fudge with large wooden paddles until it reaches perfection and is put into a pan to form.  The shelves of the little shop are covered in pans filled with various fudge flavors.  In fact, there are so many flavors that is often hard to choose what flavor you want, but I prefer the original chocolate.

Because we go to the beach with so many people, Betsy, her now adult daughters, and I all keep our fudge in our rooms and guard it like the precious commodity it is.  I’ve been stashing a box of fudge in our bedroom at the beach for as long as I can remember.  When our kids were little, I stashed it so that they did not eat it all, and each evening I would dole it out to them in little bites, cut with the little plastic knife that comes in the box.  I’d cut a piece for each of them and one for myself and then put the box back until the next day, when we’d repeat the ritual.

Now of course, I have Adilyn to share the fudge with and like me, she loves it.  This year, after returning from a day at the beach Adilyn and I showered and got dressed in preparation for a visit to the nearby toy store, The Haymarket, as I had promised to buy her something there for her birthday.  Once we were dressed, I got the box of fudge down from the dresser and cut a piece for Adilyn and a piece for me.  “Oh, it’s so creamy good!” Adilyn said.

After agreeing, I asked her to go downstairs and see if Steve wanted to go to the toy store with us and off she ran.  A minute later, I heard Steve yell, “No more!  I told you no more!”

With that, I heard Adilyn running back up the stairs.  She came into our room with tears in her eyes and fudge dribbling out each side of her mouth, “Pappy told me no more candy and now he’s mad at me for eating fudge.”

“Awww, don’t worry.  I’ll tell Pappy I gave you the fudge.  I didn’t know he told you no more candy today.  Did you eat a lot of candy today?”

“Well,” she sobbed, “I had red fish, and pretzels and gummies.”

As the three of us headed to the toy store, Adilyn ran ahead on the sidewalk, seemingly over her fudge induced Pappy crisis.  When she was out of hearing range, I told Steve that he could have handled that better and that he shouldn’t have raised his voice at her.  In his defense, he said he had told her not to eat any more candy because since we returned from the beach that’s all he had seen her eat and then she came downstairs with fudge.

“I know,” I said, “I gave her the fudge.  You don’t think that just because you told her no more candy that she would turn down fudge, do you?”

“Well how was I supposed to know that you have fudge in the room?”

It took all I had no to laugh at him, right there on the sidewalk.  How was he supposed to know?  How could he not know?

The next day, when we returned from the beach, several of us, including Betsy and her daughter Whitney, were sitting outside while Adilyn was in the house, watching the movie Frozen for probably the hundredth time.  As friends do, Betsy began teasing Steve by saying, “No more!  I told you no more!”

As we all began giggling, I told Betsy about my conversation with Steve the day before and that he asked how he was supposed to know I had fudge in the room.  At that point, Betsy, Whitney and I all busted up laughing while Steve stood there, dumbfounded.  He had no idea what was so funny.

“Steve, for more than 20 years I have had a box of fudge like that in our room at the beach. It was sitting right there, on the dresser.”

“Steve, we all have fudge in our rooms,” I said.

Whitney giggled, raised her hand and said, “Me too.”

Steve stood there staring at us.  Despite the fact that he had accompanied us – for years – on trips to the fudge shop, and despite the fact that fudge has always been on the dresser in the room at our beach house, he had no idea that fudge was such an integral part of our annual trip to the beach.  So we enlightened him, telling him how we made our selections, how we stored it in our rooms, how we kept it fresh for the week by keeping it in plastic baggies.  But mostly Betsy and I shared the fond memories we have of sharing our fudge stashes with our kids.  For us, fudge has become loving ritual between mothers and children, and now, between grandmothers and grandchildren. 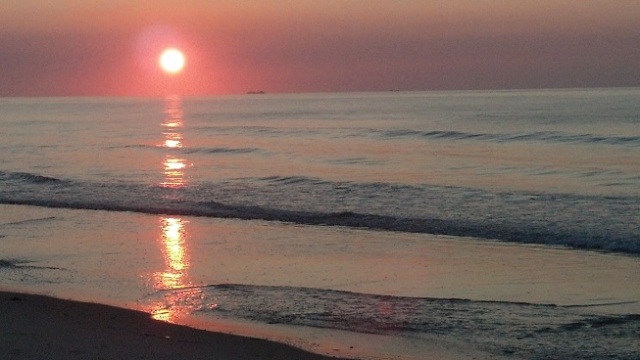 *All photographs are mine.  Copyright © 2016 All rights reserved

5 thoughts on “For the Love of Fudge”